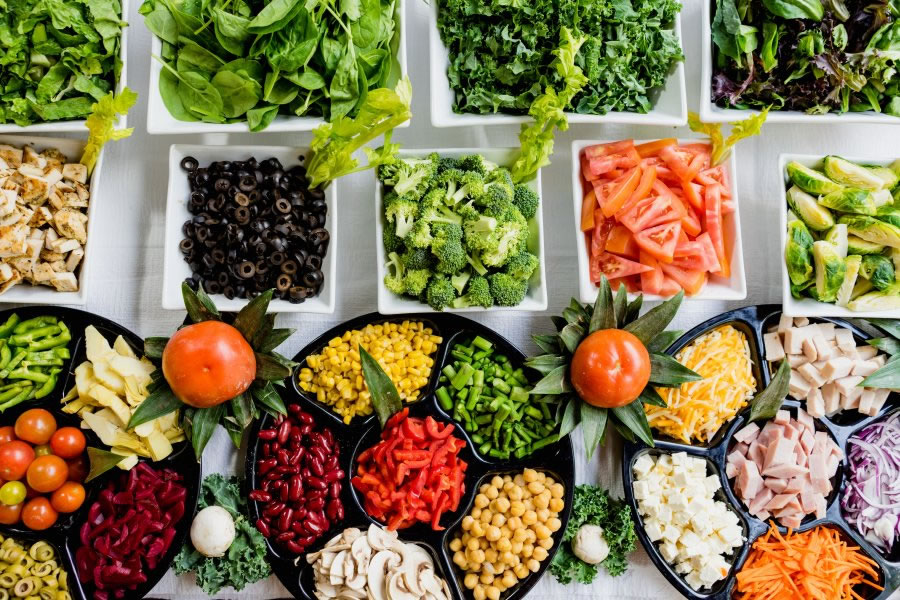 The food we eat every day keeps us alive, but it can also incur big health and environmental costs—heart disease, carbon emissions, soil degradation, and more. A recent study published in Nature Food finds that small shifts in the food choices Americans make could have outsized benefits to both health and planet.

Because many foods with a high health burden, including processed meats or red meats, also have high environmental costs, switching out just a few of them—about 10 percent of a person’s daily caloric intake—can cut a person’s food-based environmental footprint by over 30 percent, the study says.

“The really good thing is that, not for every food item but many, foods that are healthier and more nutritious tend to be more environmentally sustainable, so it ends up being a win-win,” says Michael Clark, a food systems researcher at the University of Oxford not involved in the study.

Between growing it, packaging it, moving it around, cooking it, and often wasting it, food production makes up about one-fifth to one-third of all annual greenhouse gas emissions globally. For an average American household, food makes up about as much of the greenhouse gas footprint as the electricity. Food production is responsible for major water quantity and quality problems, often requires herbicides and pesticides that endanger biodiversity, and engenders forest and wildland losses when lands are converted to agriculture.

“Its impact is substantial,” says Olivier Jolliet, an environmental scientist at the University of Michigan and one of the authors of the study. “It’s like, Houston, we have a problem, and we really need to be serious about it. So far the U.S. has not been serious about it.”

It’s not up to, or the responsibility of, any single person to solve nationwide or global health and environmental crises, he stresses. But insights like those he and his team developed can help people, institutions, and even governments figure out where to direct their energies to make the biggest influence quickly.

Looking at two things at once

To learn how to reduce negative impacts of food production and consumption on the planet and the body, researchers first assessed damages related to food. But figuring out where an apple came from, let alone what its impact on the planet is, has become an increasingly complex question as the global food system evolves. For example, it has taken researchers at the Stockholm Environmental Institute years to unravel the supply chains of crops like cocoa and coffee, even if they come from a single country.

So over the past few decades, scientists including Jolliet developed ways of doing “life cycle analyses” for specific items—say, a head of broccoli or a box of corn flakes—that take all the steps from farm to store into account and assign the items a hard number signifying its environmental impact, such as an estimate of the greenhouse gas emissions or water volume their production requires.

Concurrently, epidemiologists and public health scientists were doing similar analyses for human bodies. They carefully examined the links between food and health, teasing out how different diets and even specific foods might influence things like disease risk, general health, or life expectancy; they assigned hard numbers to those risks.

For years, researchers and governments considered the issues to be separate: Health researchers focused on their priorities and environmental scientists on theirs (though as early as the 1970s, scientists were linking diet choices with planetary health). But it became increasingly obvious that what we eat is intimately connected with planetary health, says Sarah Reinhardt, an expert on food systems and health with the Union of Concerned Scientists.

The global demand for beef, for example, has increased the demand for soy protein to feed to cattle, and in response to that demand, vast swaths of the Amazon are deforested every year to make space for new soy farms and cattle, hastening the loss of carbon-absorbing and biodiverse forest.

“Agriculture is a huge piece of the climate puzzle, and agriculture, food, and diet are all intricately linked,” Reinhardt says.

So Jolliet and his colleagues built a system that merged both concerns, looking at health and environmental impacts of specific foods.

They had previously worked with other researchers on a vast database that quantified the health burdens of dietary choices, like eating too much processed meat or too few whole grains; the University of Michigan team turned those dietary risks into an estimate of “disability-adjusted life years,” or DALYs, a measure of how much life expectancy someone might lose or gain by changing their actions. The team drilled down into how choosing to eat or forgo specific foods—not just categories, like vegetables—could impact DALYs, detailing the advantages of some foods and the detrimental impacts of others if someone’s baseline diet changed. Eating a lot of red meat, for example, is linked with diabetes and heart disease, while substituting plenty of vegetables helps decrease heart disease risk. They caution, though, that their analyses are relevant for the whole population, not necessarily an individual—each person has their own unique set of health risks that may change their susceptibility to diet changes.

To determine that, the Michigan team looked at the nutritional makeup of nearly 6,000 foods, from hot dogs to chicken wings to peanut-butter-and-jelly sandwiches to beets. A hot dog would probably cost someone about 35 minutes of living; eating most fruits might help someone gain a few extra minutes; and sardines cooked in a tomato sauce might add 82 minutes. In the calculations, apple pie is just about neutral—some boost from the apples, some losses from butter, flour, and sugar.

Nothing particularly surprising emerged in this analysis. Epidemiologists have long known that processed meats, red meats, and heavily processed, high-sugar foods are linked to higher risks of many diseases. But by breaking down the potential effects of so many products, researchers could rank them, order them, and create a detailed understanding of how specific habits might affect consumers.

In parallel, the team evaluated the environmental effects of those thousands of food items. They looked beyond just the carbon costs, incorporating 15 different ways the environment absorbed food production’s impact, from the effects on surrounding water systems to the rare minerals needed to grow products or package them to the local air pollution caused by production.

When researchers looked at both issues at once, a heartening pattern emerged. Many foods good for people’s health were also relatively gentle on the environment. Not particularly surprisingly, beans, vegetables—not those grown in greenhouses, though—and some sustainably farmed seafood like catfish fell in what they termed the “green” zone. “Amber” zone foods, like milk and yogurt, egg-based foods, and greenhouse-grown vegetables balanced health and environmental costs. “Red” zone foods, which included beef, processed meats, pork, and lamb, had high health and environmental costs. A serving of beef stew, they calculated, has the carbon cost of driving about 14 miles.

The pattern held for most environmental indicators except for water use. Foods like nuts and fruits have substantial health benefits, but are often grown in water-scarce places like California. “When you’re talking about the foods we’re eating now to the foods we “should” be eating like nuts and fruits, there are big implications for water use,” Reinhardt says. “That doesn’t mean we shouldn’t be eating more of them, it just means it’s a problem we have to solve.”

We can’t stop eating, so what should we do?

For some climate challenges, there are relatively straightforward fixes. For example, renewable energy sources can already replace much of the energy needed to power buildings, cars, and more.

There’s no substitute for food, but shifting what we eat is possible. If everyone on the planet ate vegan, greenhouse gas emissions from the food system could be cut by more than half; a planet of vegetarians would trim food emissions by 44 percent. If we stopped eating “food” as we know it, existing entirely off a nutritional slurry grown in a lab instead of in soil or water, we could prevent about 1 degree Celsius (1.8 degrees Fahrenheit) of future warming, according to a recent paper that considered the unique thought experiment.

“What this work says is: Hey, look, we can still get pretty big wins even if we’re not making these really big changes in dietary composition,” says Clark. “I think that’s really powerful, because a lot of people just don’t want to make those really big dietary changes, for many reasons.”

While vegetarian and vegan diets are becoming more common in the U.S. and Europe, “it’s an absolutely absurd to assume that everyone will be eating a vegetarian diet 30 years from now,” he says.

Food choices are personal, deeply connected to culture, religion, emotion, economic concerns, and so much more. “Rather than dictate, it’s much better to try to give choice,” says Naglaa El-Abbadi, a food, nutrition, and environment researcher at Tufts University. This approach aims to inform people so that they can make choices that align with their needs and values. In aggregate, those choices can benefit both human health and the planet.

For that to happen would require working in tandem with large-scale efforts to reshape industrial food production, she stresses.

But what people choose to eat daily is far from insignificant, says Clark, “We don’t all have to become vegan overnight,” he says. “Small changes can make big impacts.” 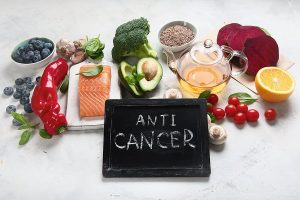 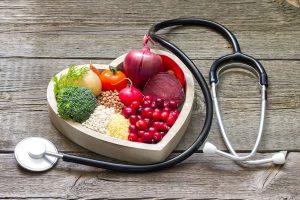 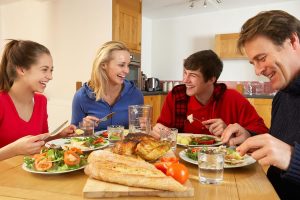